AMERICAN POLITICIAN DOES NOT DIFFER FROM THE BRAZILIAN 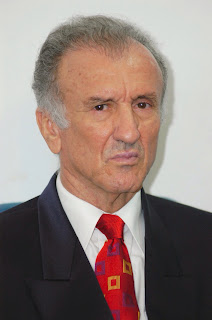 The United States senators demonstrated how much the politician's word is worth; after, four years later, refused the sabbath of a Supreme Court nominee, appointed in February/2016, by President Barak Obama, on the grounds that he would be in an election year, approved the name of the candidate, nominated by Trump a few days before the elections, in the middle of political campaign. Amy Coney Barrett is the youngest member of the U.S. Supreme Court and here I don't appreciate your qualifications for the position. The Senate did not even respect the rule of necessity in the vote of at least two opposition senators.

In 2016, Senator Lindsay Graham spoke out against Obama's presentation of Judge Garland, saying that if a vacancy opens in the last year of President Trump's term, and the primaries have already begun, we will wait until the next election. He said at that time, "You can use my words against me...". Two senators promised not to vote, because it's up to the president to be elected on November 3. They retreated and followed the common place.

There is the disbelief of the people, in Brazil, in the United States and in the world of these people who do not guarantee what they say, but use the words to obtain political and economic advantages. Lying and dishonesty are fundamental characteristics for the vast majority of politicians who digest to vomit in the lap of their followers. They are useless people and seek to serve the public office to improve their lives and those of their friends. Finally, the American politician is confused with the Brazilian politician, given the similarities between the occupants of the White House and the Plateau, between the dissimilar positioning in equal facts of the American senator and the use of underwear to save money from the Brazilian senator.

The inglorious history of these people is told by the money in their underwear, by the lie, by the arrogance inherent in the majority of this race that does not mix with the honest and hardworking people of the two countries. While the presidents of the two nations promote the greatest confusion in the minds of the people, spreading the lie, for example, about the pandemic, the deaths follow and the statements of the White House and the Plateau arise that this or he is guilty of the numerous deaths that occurred in the face of the disease; it deserves to draw attention to the attention that, exactly these two countries, are responsible for the highest number of deaths and infected of Covid-19.